Ever since I was fifteen years old I have been self-consciously aware that I am a Negro. Of course, I had known that I belonged to a group that was distinctly different from at least one other group, but until I was fifteen I did not know that my group was supposed to be the inferior one. Since then I have felt a personal responsibility to change the status of my group.

James Meredith is an American hero. Born in Attala County, Mississippi in 1933, he enlisted in the United States Air Force after graduating from high school and rose to the rank of staff sergeant.

Meredith applied to the University of Mississippi after attending Jackson State University, a historically Black college school in Mississippi. His mission in 1962 was to break the system of white supremacy, a move which involved a long and bitter court battle against Mississippi. After the Fifth Circuit Court of Appeals ruled in Meredith's favor, President John Kennedy sent several hundred U.S. Marshals and more than 30-thousand troops to ensure Meredith was enrolled and attended classes safely. After graduating from the University of Mississippi in 1963, he did research in political science at the Nigerian Institute of Social and Economic Research of the University of Ibadan. After a lecture tour of the major universities in Africa, Meredith returned to the United States in 1965 and enrolled in the School of Law at Columbia University on a scholarship grant.

Meredith's second mission was the 1966 "Meredith Walk Against Fear" from Memphis, Tennessee to Jackson, Mississippi. Meredith's mission was to convince black people in Mississippi to register to vote; to not fear white supremacists who commonly used intimidation tactics against blacks who desired the constitutional right to vote. However, on the second day of the 220 mile walk, Meredith was shot by white supremacist, James Aubrey Norvell. Meredith was rushed to a Memphis hospital and several black leaders—including Reverend ML King and Stokely Carmichael—continued the march to Jackson. Along the way, thousands of people joined the leaders, many registering to vote.

Meredith has spent his whole life in the struggle to make every American a Full-First-Class Citizen, and has travelled the world studying and researching the question of race. Meredith has spent the last 40 years writing and speaking about his experiences and about Mississippi and American history and has has published numerous books. Now he is on his next mission to organize the Meredith Bible Society where serves as President of the non-profit, tax-exempt, 501(c)(3) organization focused on rebuilding black families and moral character uplift. 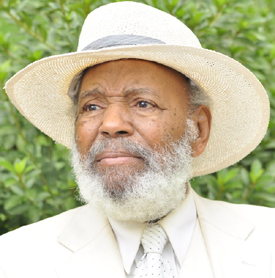 You are invited to join the James Meredith Bible Society. Contact James Meredith at jamesmeredithbiblesociety@gmail.com— or click here to register online.

In the fall of 1962, Meredith risked his life when he successfully applied the laws of integration and became the first black student at the University of Mississippi, a pivotal moment in the civil rights movement.

Web design and hosting by U.S.NEXT