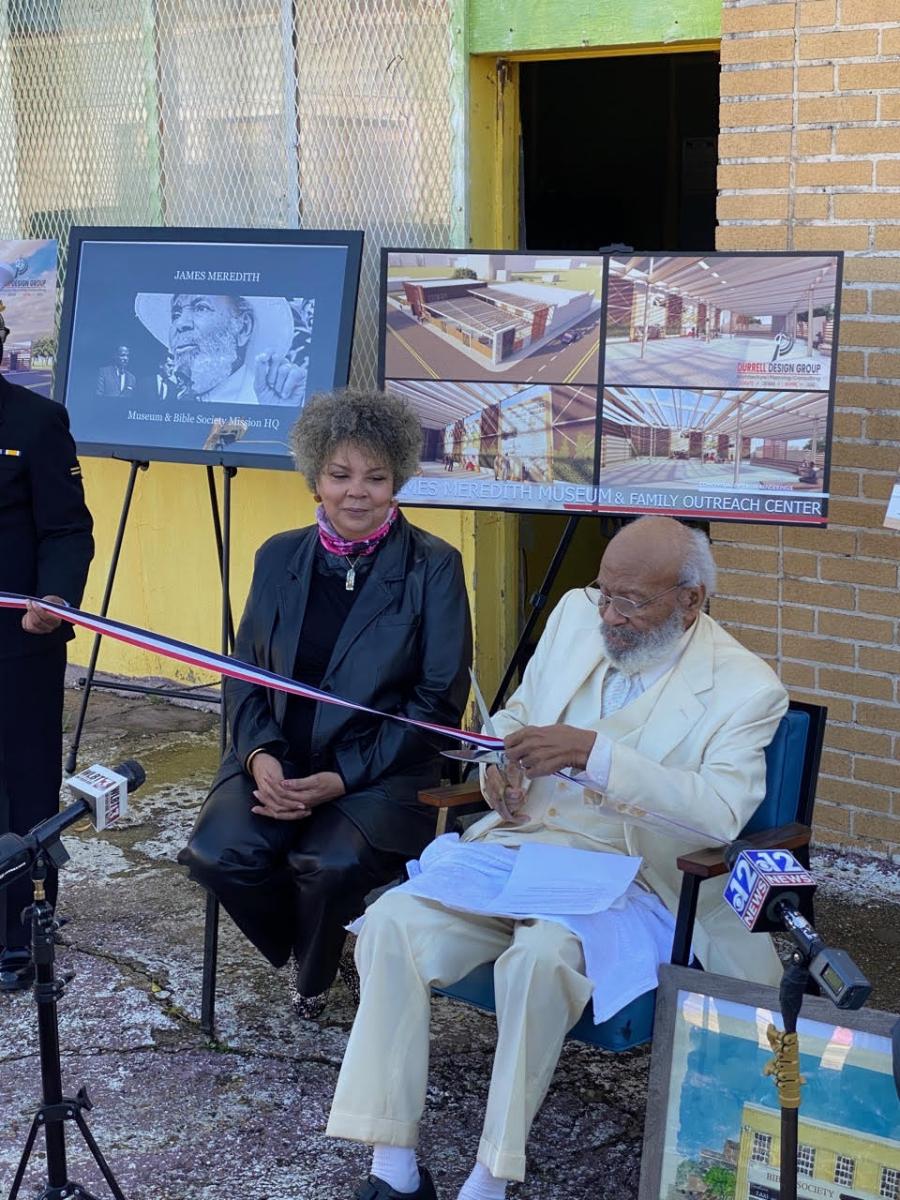 James Meredith is an American civil rights icon who put his life on the line when he integrated the University of Mississippi (Ole Miss) in 1962. In 1966 he was shot in Hernando, Mississippi
during his 220-mile Meredith Walk Against Fear, a statewide attempt by him to influence black voter registration despite widespread intimidation and terrorism by white supremacists. Over the decades he has maintained letters, book manuscripts, speeches, documents, letters, published articles, photos, video, and audio tapes.

The Meredith Collection chronicles the life of the man who forced change in what was considered the most racist state in the country. Those rare materials are held by James Meredith in storage areas in two buildings including the proposed site of the James Meredith Museum.

In partnership with the University of Mississippi, some digital copies of the university’s James Meredith collection from 1962 will also be included. The project's goal is to collect, conserve and catalog the thousands of resources which are undeniably valuable to telling a major part of the African American experience from the civil rights era to today.

Funds are being raised through tax deductible donations and grants for needed infrastructure and cosmetic building improvements. Funding is also needed for digitizing the Meredith papers and photos for online services.

The James Meredith Bible Society is a tax free 501(c)(3) religious organization founded by James Meredith in 2019 to fulfill his last mission from God to focus on Good and Righteousness by reading the bible from cover to cover. Learn more about it here or register online.

Web design and hosting by U.S.NEXT